Glory has announced details on Glory 28, and this card is a big one. Three title fights, plus the 2015 fighter of the year, all in action in Paris, March 12. Full details here.

Glory has announced the headlining fights for Glory 28, and it’s already shaping up to be one of the biggest kickboxing events of the year. Coming live from Paris on Saturday, March 12, Glory 28 will feature three world title fights.

In the night’s main event, Glory Heavyweight champion Rico Verhoeven defends his belt against Mladen Brestovac. Verhoeven has been dominant in Glory and looks to make his 4th defense of the belt here. He comes in off of his very impressive KO victory over Benjamin Adegbuyi in December. Brestovac is the #3 contender in the division and is a veteran of the Eastern European scene. He holds wins over Jahfarr Wilnis, Mourad Bouzidi, and Sergei Lascenko, and was last seen in Glory on the losing end against Adegbuyi at Glory 24.

In a Light Heavyweight title fight, champion Saulo Cavalari faces Russian challenger Artem Vakhitov in what will be Cavalari’s first fight since winning the belt at Dynamite!! last fall. Cavalari was originally scheduled to face Gokhan Saki, but an injury has pushed Saki out. Vakhitov is a tough Muay Thai fighter with only one loss in Glory – a split decision loss to Cavalari at Glory 20. He’s 2-0 since including a very impressive win over top contender Danyo Ilunga. Glory has Vakhitov as the #4 contender. 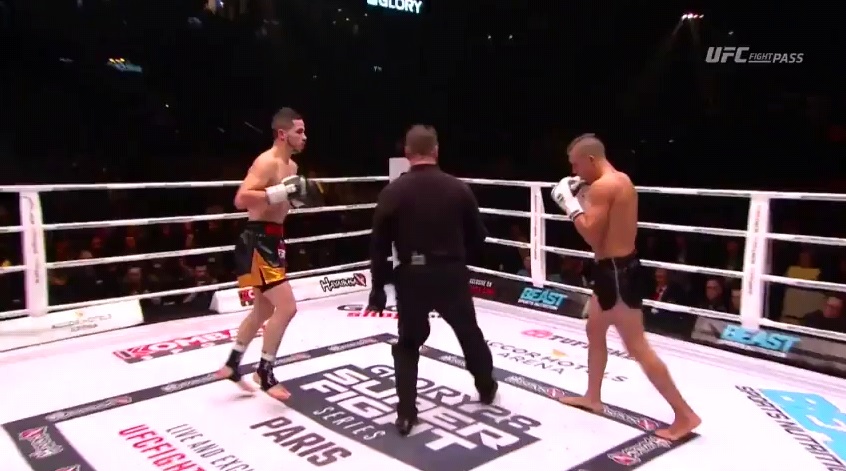