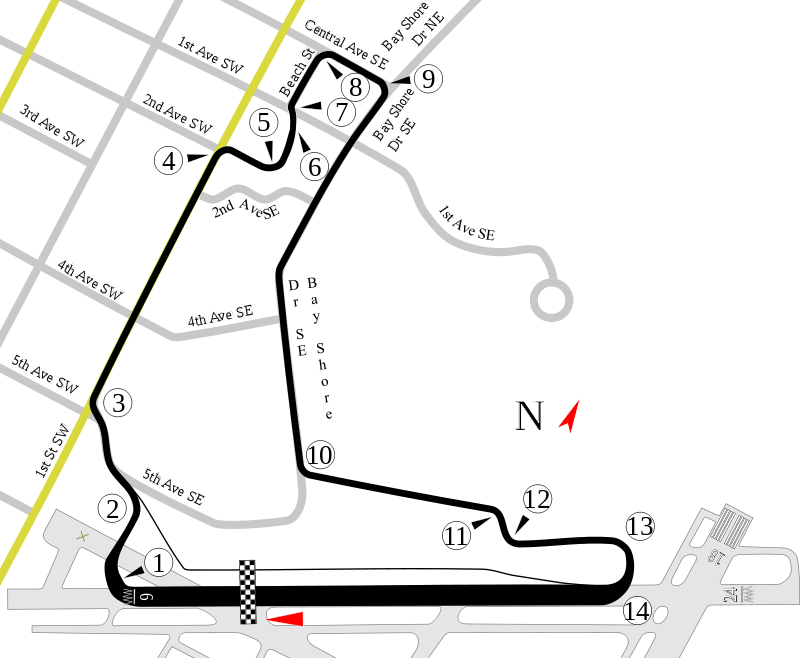 The Firestone Grand Prix of St. Petersburg is a Verizon IndyCar Series race held in St. Petersburg, Florida. Since 2009, the race has served as the season opener, with the exception of 2010, when it was the second race of the season (but the first on U.S. soil). The race is held annually in the spring, currently in late March, coinciding with spring break.
The SCCA Trans-Am Series held a race on a St. Petersburg downtown waterfront circuit from 1985 to 1990. Local residents and businesses complained about noise, and the event was put on hiatus.[1] Drive Jim Fitzgerald was killed in a crash during the 1987 race.[2][3] Racing in the Tampa Bay Area also included an IMSA race at the Florida State Fairgrounds from 1989–1990.
In 1996-1997, the St. Petersburg race was revived on a course around Tropicana Field. Along with the Trans-Am Series, support races included U.S. FF2000, World Challenge, Pro SRF, and Barber Dodge. The event subsequently went again on hiatus for several years.[1]
In 2003, the event was revived again for the Champ Car series. A new, modified version of the original 1985–90 waterfront circuit was created.
For 2004, the event was cancelled due to a dispute between the promoters. When the race returned in 2005, it switched to the IndyCar Series, marking the first non-oval event for the Indy Racing League. In 2007, the race weekend was expanded to include an ALMS event.
Andretti Green Promotions took over promotion of the event.[4] Starting in 2014, Firestone took over as title sponsor.[5] 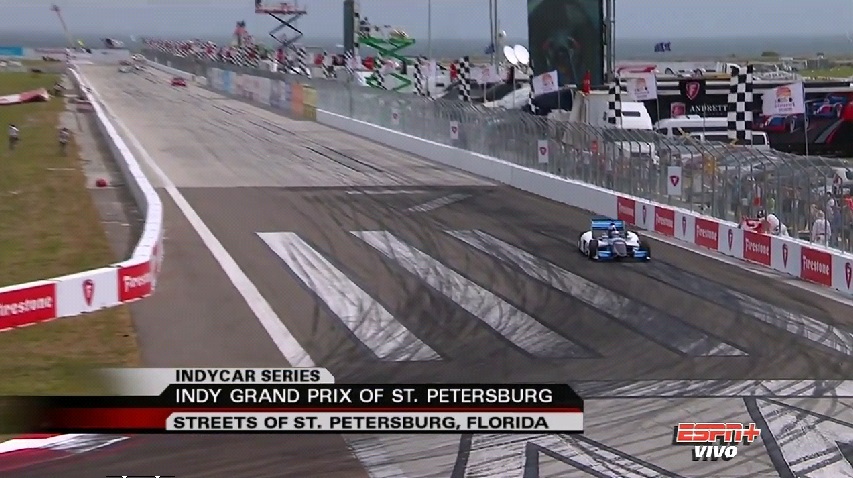