Titan Fighting Championship (Titan FC) is an American mixed martial arts promotion based out of Pompano Beach, FL. Their shows were originally run in and near Kansas City and have since expanded to include venues all over North America and eventually, international locations. Since July 2015, Titan FC events are broadcast on the UFC online streaming service UFC Fight Pass, which also showcases a library of the organization’s previous events.[1]

Titan Fighting Championships was founded in 2005 by veteran fight promoter and, at the time, Bellator Fighting Championships’ director of operations, Joe Kelly. The organization was originally based in Kansas City and was headquartered in the city’s historic Memorial Hall, where the organization held the majority of their early events. Memorial Hall was exclusively leased to Kelly’s sports and entertainment promotion company Titan Entertainment, from which the MMA organization took its name.[2]

On December 13, 2010, Titan Fighting Championships announced that they had struck a deal with the cable and satellite television network HDNet (later relaunched as AXS TV) to broadcast their next event, Titan FC 16, live on the network.[2] The event would take place on January 28, 2011 and was headlined by a super heavyweight bout between former two-time UFC Heavyweight champion Tim Sylvia and former The Ultimate Fighter: Heavyweights cast member Abe Wagner. Prior to the airing of the promotion’s second show on the network, Titan FC 17: Lashley vs. Ott, CEO Joe Kelly announced that the organization had signed a three-year extension with HDNet to broadcast their live events under the network’s HDNet Fights label. Kelly subsequently resigned from his position at Bellator FC in order to focus full-time on running Titan FC.[3]

Titan FC would initially air a total of nine live events on the HDNet/AXS TV networks, including a “Fight for the Troops” event taking place on June 15, 2012 at the Marshall Army Airfield at Fort Riley, Kansas, and conclude with Titan FC 24: Johnson vs. Jones which aired on August 24, 2012.

On October 11, 2012, officials for the Nebraska-based MMA promotion Resurrection Fighting Alliance (RFA) announced that they had acquired Titan Fighting Championships, along with certain fighter contracts, as well as the organization’s television deal with, now, AXS TV.[4] The goal was to combine the talent of both organizations under one umbrella, the RFA. Titan FC owner and president Joe Kelly would be brought in as the Vice President of the newly merged company, with seasoned MMA manager, and Black House gym owner, Ed Soares acting as the President.[5]

Seven months after the RFA buyout, the Titan FC promotion was resurrected when founder Joe Kelly bought back the organization in 2013 and produced two more shows on his own: Titan FC 25: Lashley vs. Asplund in June, and Titan FC 26: Hallman vs. Hornbuckle in August, both of which were aired live on AXS TV.[6]

In December 2013, Jeff Aronson, the former chairman and co-founder of the fighter management company Alchemist Management, purchased a majority stake in Titan FC from the promotion’s founder and president Joe Kelly. Jeff Aronson would serve as company’s new CEO with, longtime friend and business partner, Lex McMahon serving as Titan FC’s COO. Kelly would remain as the organization’s president and minority owner.[6]

Unlike other organizations in the past who tried to go head to head with the UFC and failed, CEO Jeff Aronson hoped to form a professional relationship with the UFC and has attempted to position Titan FC as an unofficial feeder league for the organization. The newly overhauled Titan FC has now focused itself on finding unsigned prospects, and giving top level veterans who have hit a rough patch, a platform on which to get themselves noticed, or get their career back on track.[7] 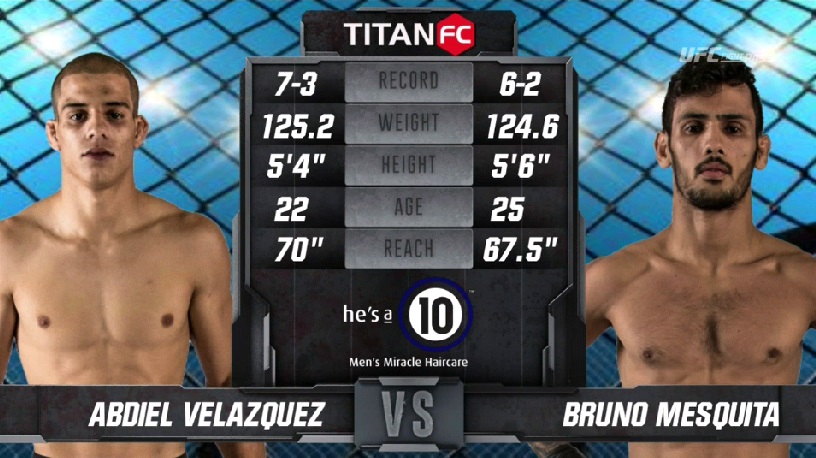