AGE OF DEATH 19 took place just 24 hours ago in Sewell, NJ.  Like years past, the eyes of the wrestling world were locked on the most violent structure in all of professional wrestling.  Last night, Shane Strickland and Joe Gacy challenged Rickey Shane Page for the CZW World Championship INSIDE the “Construction of Destruction”…  THE Cage of Death!

The fate of the CZW Wired Championship was decided when MJF took on Joey Janela.  Meanwhile, Scarlet & Graves brought the CZW Tag Team Championships home to defend them against Palmer & Reynolds, their mentors oVe, and the #1 Contenders the REP.  Jimmy Lloyd entered his biggest deathmatch to date when he faced Matt Tremont in a Thumbtack Massacre Match.

But that was far from being it…  The Combat Zone invited the National Wrestling Alliance’s Worlds Heavyweight Champion Tim Storm to Cage of Death 19.  Storm officially accepted the invitation has issued an open challenge to anyone in the locker room 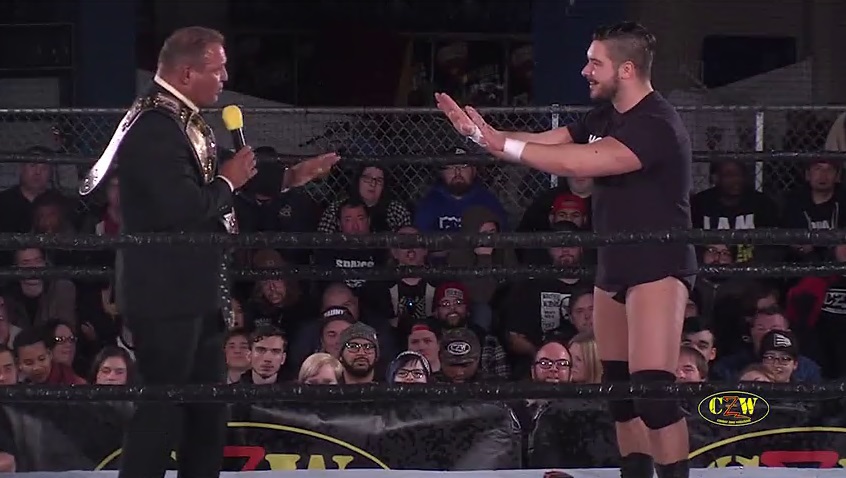